“If I don’t get a pony I’ll die! I want one, and I want it now!” The little girl stood stamping her feet, her fists clenched by her side and her eyes squeezed shut as her face turned a deep shade of crimson.

“There, there honey, Daddy will get you a pony. Don’t cry.”
“Oh, thank you daddy. I love you. But now I don’t have anything to wear!”
Do you recognize this scenario?
In the old days we used to call this child a spoiled brat.
But what happens if this young lady grows up and gets married and she’s never heard the word “no”?

“Honey, Macy’s had a big sale, and guess how much money I saved today? You do want me to have nice things, don’t you?” she said batting her eyes as she set down a pile of shopping bags. 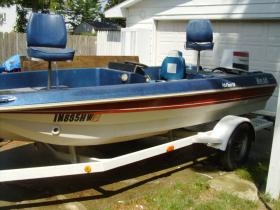 “I work hard and bring home the biggest pay check. You figure out how to pay the bills,” he said as he got the boat ready for a weekend on the lake.
Growing up, we all had different ideas of what a quality marriage looks like. But one of the biggest keys to a marriage that works is simply that. We need to grow up!
When I was a child, I spoke as a child, I understood as a child, I thought as a child; but when I became a man, I put away childish things. 1 Corinthians 13:11

Husbands and wives need to be mature, and fulfill their God-given roles in their relationship. A husband who waits until his wife nags him to take out the garbage is doing himself a disservice as well as her. He frustrates his wife to the point where she feels like she is the only grown up in the home and begins to treat him like one of the kids. Not only does he feel disrespected but he begins to view her like his mother instead of his lover. The same goes for the wife who acts like a spoiled brat until her husband puts his foot down like her father.
Ecclesiastes 4:9 says Two are better than one, because they have a good reward for their labor.
A marriage will suffer if only one partner is being a grown-up. It becomes a labor of love when both lovers work toward the same dreams and the same goals. Done well, each will discipline themselves to fulfill their role so their relationship will stay healthy and they will reach their goals together.

Does that mean we can never have any fun? Of course not. In fact you’ll probably have more fun. Frankly, men don’t feel romantic about their mothers nor do women toward their fathers. By growing in your role as husband and wife, you’ll begin to relate to one another like lovers again. You’ll feel well connected with one another, just as if you’re in it together…. because you are.